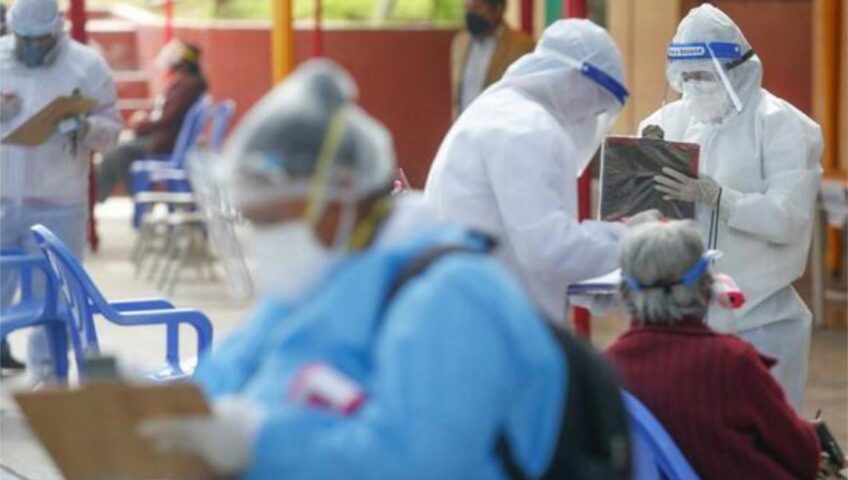 Confirmed cases of covid-19 and deaths from this disease continue to decline in all regions of Peru and, if the trend continues, the third wave is likely to end in March, reported Dr. César Munayco, director of Surveillance in Peru. Public Health of the Ministry of Health (Minsa).

In a virtual exhibition of the situation of covid-19 in Peru, Munayco maintained that “we are on the verge of finishing the third wave in the coming weeks” and appealed to the responsible behavior of the population.

“If this continues like this, in March we will probably have very few confirmed cases. And if there are few cases, there will be few hospitalizations and few deaths. We are heading towards the end of the third wave, we will see the end of this wave in March,” he said.

National averages
According to his explanation, currently the average infections of covid-19 at the national level are below the level reached in the first wave and minimally above the lowest level of the second wave.

In terms of mortality, cases are still at levels above the second wave but below the first. Hospitalization is also on the decline and ICU bed occupancy decreased by 16%, now reaching 57%.

After reaffirming that it is likely that there will be very low levels in March, the expert from the CDC Peru pointed out that there are certain criteria to indicate that the wave is over: that the cases are below or equal to the minimum levels of the previous wave and that low levels are maintained for four weeks.

Munayco pointed out that, despite the downward trend, the population should not neglect but maintain biosecurity measures, such as the use of masks, social distancing, avoiding crowds and, most importantly, immunizing against the disease.