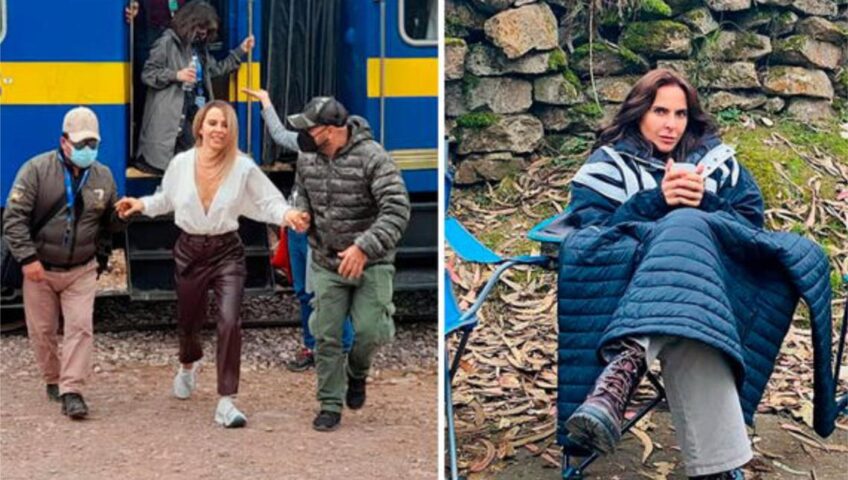 With an offering to the land, the production of ‘La reina del sur’ filmed scenes from its third season in the San Blas square, in Cusco.

“The queen of the south” filmed scenes from its third season this Monday in the San Blas square, in Cusco, as confirmed by sources from RPP Noticias. Filming will continue on Tuesday, October 5 in Plaza San Francisco, in the historic center of the city.

The recordings began at 5 a.m. and lasted until approximately noon. Previously, the production of the series starring Kate del Castillo made an offering to the earth that culminated in a hug between all those present.

As it is recalled, the third season of “La reina del sur” is directed by Carlos Bolado, Carlos Villegas and Claudia Pedraza, and has four Peruvian actors as part of its cast: Mayella Lloclla, Emanuel Soriano, Rodrigo Palacios and Gerardo Zamora.

In addition to Cusco, Lima will also be part of the locations of this exciting story by Teresa Mendoza (Kate del Castillo), which is being filmed by the hand of a great logistical deployment that also involves the professional work of technicians, artists, among others.

Before filming began, Marcos Santana, president of NBC Universal Telemundo Global Studios and showrunner of “La reina del sur” sent his thanks for the Peruvian hospitality to the project and the team.

“NBC Universal Telemundo Global Studios, with the participation of Tondero as a local producer, wants to convey its gratitude to the Peruvian people for making us feel at home, for their hospitality and warmth,” he said.

“It has been a great experience for the entire production team to record in one of the most beautiful places in the world such as Cusco, as well as cosmopolitan Lima,” he added.

Santana stressed that “producing this series requires a complex production plan, which implies a tight schedule to achieve said filming plan on time, saving uncontrollable factors such as the weather and the situation of the pandemic.”

“In the production team, between cast and technicians, we have more than a hundred people who permanently comply with the sanitary control and everything that the biosafety protocol implies. Afterwards to Peru, we will be filming in other countries, so that we must be extremely careful with the health of our protagonist, actors and technical and production team, as well as taking care of all local participants and the general public, “he commented.