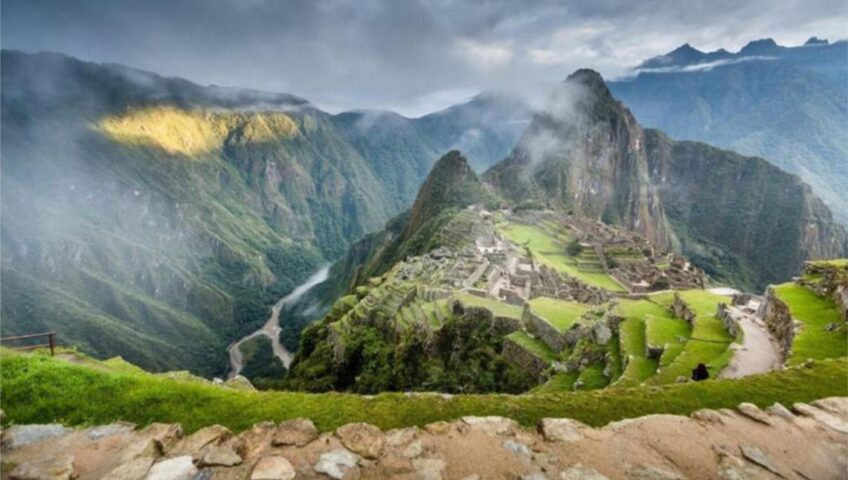 Machupicchu reopens its doors to tourism

Authorities led the ceremony from the Inca sanctuary. Minister Rocío Barrios delivered the Safe Travels Seal to the destination “Machupicchu”.

The sanctuary of Machupicchu, the iconic archaeological site of Peru’s tourism, reopened its doors with a great ceremony that showed the various cultural expressions of the country.

This event, aimed at the world and all Peruvians, was led by the Minister of Foreign Trade and Tourism, Rocío Barrios, and the Minister of Culture, Alejandro Neyra, who were accompanied by the Minister of the Environment, Kirla Echegaray, the regional governor of Cusco, Jean Paul Benavente, and the district mayor of Machupicchu, Darwin Baca, among other authorities. It is important to mention that during the ceremony, Minister Rocío Barrios delivered the Safe Travels seal to the destination “Machupicchu”, which involves strict compliance with biosafety protocols from the arrival of visitors to the Aguas Calientes train station, as well as in restaurants, lodgings, transportation to the entrance to the Llaqta de Machupicchu and inside the historic sanctuary.

“Today I am proud to deliver the Safe Travels Seal to the Machupicchu destination. Now visitors when they think of returning to our wonder of the world can be sure that strict biosafety protocols are followed here. Tourism returns, responsibly and gradually, “said the head of the Mincetur.

It is important to mention that in order to grant this distinctive to the destination “Machupicchu”, the Cusco authorities formally requested its award to the Mincetur. After that, a coordinated work was carried out with the Ministry of Culture, Sernanp, in addition to authorities

regional, local and private sector to gather information, verify implementation of protocols and implement corrective measures in this tourist destination. This at the level of cleaning, disinfection, waste management, among others. All framed in the protocols issued by the Peruvian government.

Not only this, permanent follow-up and monitoring of compliance with biosafety measures have also been considered. This must be fully accomplished.

The reopening ceremony of Machupicchu began with a payment to the land in gratitude and a Cusco stamp with 45 local artists on stage. This culminated in a light show and videos projected at the archaeological site. This important production featured high-tech equipment and lighting, showing the cultural, intangible and natural wealth of our country to the world.

Likewise, messages from tourists from all over the world were shown, expressing their joy and good omens for the reopening of Machupicchu. The messages were sent by the official travel social networks @VisitPeru and the Peru.travel portal.

The artists Daniela Dancourt, Ezio Oliva and Guillermo Bussinger sang part of the song ‘Volver’, an internal tourism campaign recently launched with the Peruvian government to promote travel in a safe, responsible and progressive way, when sanitary conditions allow it.

The reopening of the Peruvian tourism icon, Machupicchu, marks a milestone in the reactivation of the sector in our country, showing the world that given the permanent decline in COVID-19 cases and the implementation of protocols for this activity, we are preparing to receive the visit of travelers.

In this way, this activity will return to be implemented in a progressive, responsible and sustainable way, respecting all the biosafety measures given by the government.

This occurs within the framework of the actions that the government has been taking to reactivate tourism, one of the sectors most affected by the pandemic. In this sense, the second phase of the international tourism campaign # SueñoLuegoViajo, 100% digital and available in eight languages, was also announced to continue keeping Peru in the minds of world travelers.

The Inca sanctuary of Machupicchu is a cultural and natural heritage of humanity by UNESCO, has been recognized as Best Cultural Destination by the World Travels Awards and is considered one of the seven wonders of the modern world.

Machu Picchu is an ancient Inca citadel nestled on a mountain. In Machu Picchu there are temples, platforms and water channels. Its construction was built with large stone blocks joined together, without the use of amalgam. It was declared a Historical and Cultural Heritage of Humanity by Unesco in 1983 when it was recognized as an important political, religious and administrative center of the Inca period.

Its name translated into Spanish means Old Mountain. It has also been called the ” Lost City of the Incas ” because it was a mystery until it was discovered by Hiram Bingham in 1911.